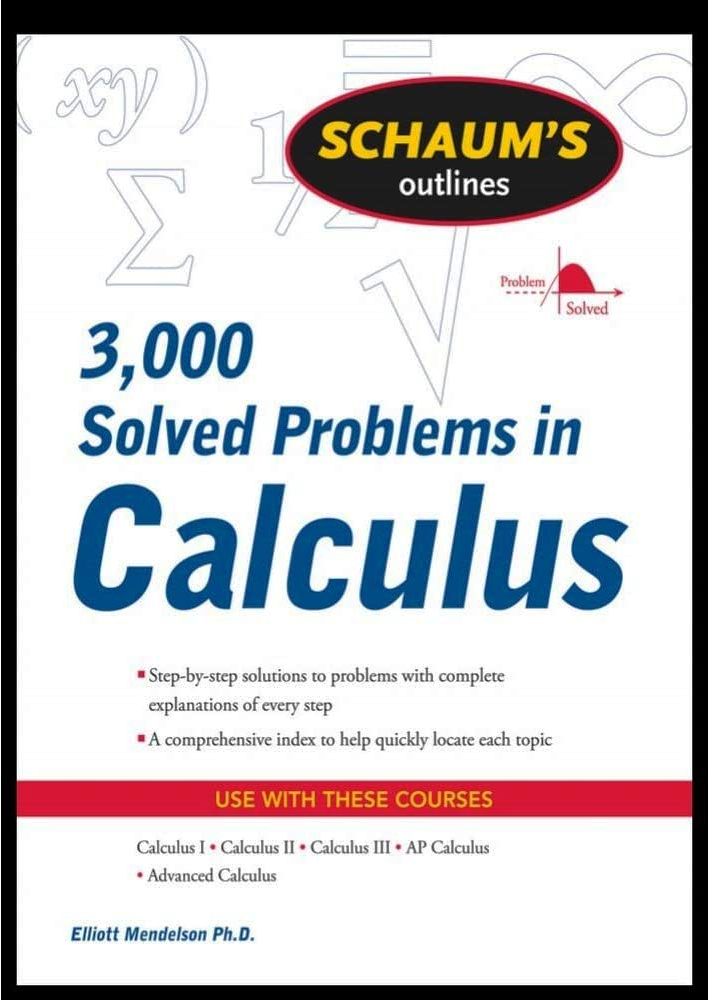 This collection of solved problems covers elementary and intermediate calculus and much of advanced calculus. We have aimed at presenting the broadest range of problems that you are likely to encounter the old chestnuts, all the current standard types, and some not so standard. Each chapter begins with very elementary problems.

Their difficulty usually increases as the chapter progresses, but there is no uniform pattern. It is assumed that you have available a calculus textbook, including tables for the trigonometric, logarithmic, and exponential functions.

Our ordering of the chapters follows the customary order found in many textbooks, but as no two textbooks have exactly the same sequence of topics, you must expect an occasional discrepancy from the order followed in your course.

The printed solution that immediately follows a problem statement gives you all the details of one way to solve the problem.

You might wish to delay consulting that solution until you have outlined an attack in your own mind. You might even disdain to read it until, with pencil and paper, you have solved the problem yourself (or failed gloriously).

Used thus, 3000 Solved Problems in Calculus can almost serve as a supplement to any course in calculus, or even as an independent refresher course.