Home A Special Books All the Lives We Never Lived 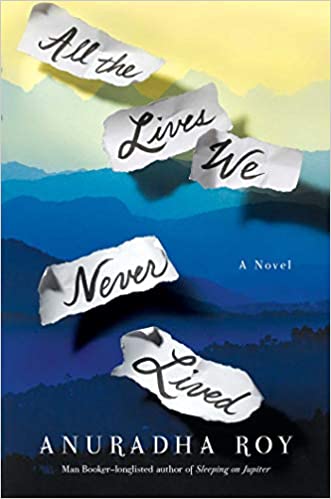 All the Lives We Never Lived By Anuradha Roy

All the Lives We Never Lived: A Novel is novel by Anuradha Roy, published in 2018.

In my childhood, I was known as the boy whose mother had run off with an Englishman. The man was in factGerman, but in small‑town India in those days, all white foreigners were largely thought of as British.

So begins the story of Myshkin and his mother, Gayatri, a rebellious, alluring artist who abandons parenthood and marriage to follow her primal desire for freedom.

Though freedom may be stirring in the air of India, across the world the Nazis have risen to power in Germany. At this point of crisis, a German artist from Gayatri’s past seeks her out. His arrival ignites passions she has long been forced to suppress.

What follows is her life as pieced together by her son, a journey that takes him through India and Dutch‑held Bali. Excavating the roots of the world in which he was abandoned, he comes to understand his long‑lost mother, and the connections between strife at home and a war‑torn universe overtaken by patriotism.

With her signature “precise and poetic” (The Independent) writing, Anuradha Roy’s All the Lives We Never Lived is a spellbinding and emotionally powerful saga about family, identity, and love.