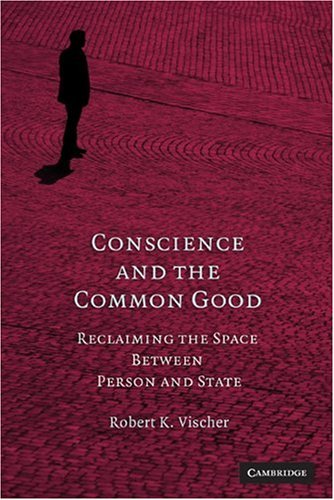 Our society’s longstanding commitment to the liberty of conscience has become strained by our increasingly muddled understanding of what conscience is and why we value it. Too often, we equate conscience with individual autonomy. So we reflexively favor the individual in any contest against group authority, losing sight of the fact that a vibrant liberty of conscience requires a vibrant marketplace of morally distinct groups. Defending individual autonomy is not the same as defending the liberty of conscience because, although conscience is inescapably personal, it is also inescapably relational. Conscience is formed, articulated, and lived out through relationships, and its viability depends on the law’s willingness to protect the associations and venues through which individual consciences can flourish; these are the various institutions that make up the space between the person and the state. Conscience and the Common Good change how people talk about conscience by focusing on its relational side.

Conscience and the Common Good: Reclaiming the Space Between Person and State