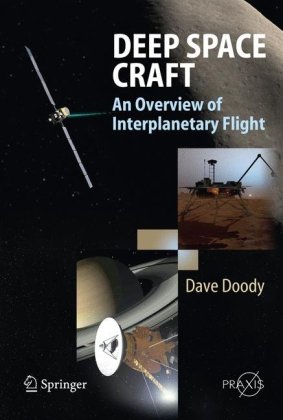 Deep Space Craft opens the door to interplanetary flight. It looks at this world from the vantage point of fundamental operations on a specific mission. It follows a natural trail from the day-to-day working of this particular spacecraft through the functioning of all spacecraft to the collaboration of the various disciplines to produce the results for which a spacecraft is designed. These results are, of course, most of a scientific nature, although a small number of interplanetary missions are also flown primarily to test and prove new engineering techniques. The author shows how, to make sense of all the scientific data coming back to Earth, the need for experiments and instrumentation arises and follows the design and construction of the instruments through to their placement and testing on a spacecraft before launch. There are examples of how the science team for an instrument and the flight team for the mission work together to plan and specify observations, collect and analyze data while in flight, and then share the results and discoveries with the scientific community.
This highly focused insider’s guide to interplanetary space exploration uses many examples of previous and current endeavors. It will enable the reader to research almost any topic related to spacecraft and seek the latest scientific findings, the newest emerging technologies, or the current status of a favorite flight. In order to provide easy paths from the general to the specific, the text constantly refers to the appendices. The main text aims to get the reader familiar with spacecraft and instruments in a general way and put them into groups. This will give the reader a mental framework for understanding any spacecraft or instrument they come across.
Appendix A illustrates descriptions of many interplanetary spacecraft, some earth orbiters, and ground facilities to reinforce the classification framework. Appendix B contains illustrated, detailed descriptions of a dozen scientific instruments, including some ground-breaking engineering appliances that have either already been in operation or are poised for flight. Each instrument’s range of sensitivity in wavelengths of light, etc., and its physical principle(s) of operation are described. Appendix C has a few annotated illustrations to clarify the terminology of regions and structures in the solar system and the planets’ ring systems and places the solar system in context with the local interstellar environment.