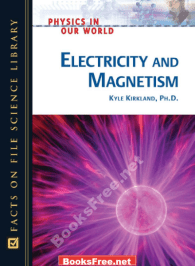 Electrical equipment is vital not only to the commuters traveling to and from the office but also to the fighter pilots who soar through the sky in swift and maneuverable airplanes. Other electrical devices have long been used to store and play music, upgrading in quality from early tin or wax cylinders to modern compact discs. Computers are omnipresent, transforming how people communicate and conduct business, and the future holds even more promise of change. Readers will be drawn to “Electricity and Magnetism”, which examines electricity, magnetism, and the relationship between the two that makes electromagnetism such an important and pervasive component of our world. The chapters of this volume introduce the fundamental principles of this branch of physics and explore their widespread applications, from powering modern civilization’s technology to being the driving force behind much of the human body. This book is a great resource for students interested in this captivating aspect of science.

Series: Physics in Our World