Home A Special Books Empire of the Sikhs 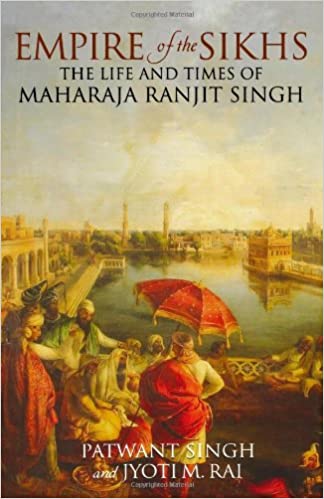 Empire of the Sikhs By Jyoti M. Rai and Patwant Singh

Ranjit Singh has been largely written out of accounts of India’s past by British historians, yet he was one of the most powerful and charismatic figures in Indian history. He unified the warring chiefdoms of the Punjab into an extraordinary northern empire, built up a formidable army, kept the British in check to the south of his realm, and closed the Khyber Pass through which plunderers had poured into India for centuries. His consummate humanity was unique among empire-builders. He gave employment to defeated foes, honored faiths other than his own, and included Hindus and Muslims among his ministers. A colorful character, he was inspired by the principles of peaceful coexistence uniquely articulated by the Sikh Gurus, firm in upholding the rights of others, and unabashed in exercising his own. The authors of this first full-length biography in English make use of a variety of eyewitness accounts, from reports by Maratha spies at the Lahore Durbar to British parliamentary papers and travel accounts. The story ends with the controversial Anglo-Sikh Wars following Ranjit’s death, which saw the fall of his empire in the hands of his successors whose internecine conflict was exploited by the British. Coinciding with the 300th anniversary of the consecration of the Sikh holy scriptures, this book honors a vital figure in Sikh history.

Empire of the Sikhs: The Life and Times of Maharaja Ranjit Singh PDF

Related Results : empire of the sikhs’ exhibition in 2018,