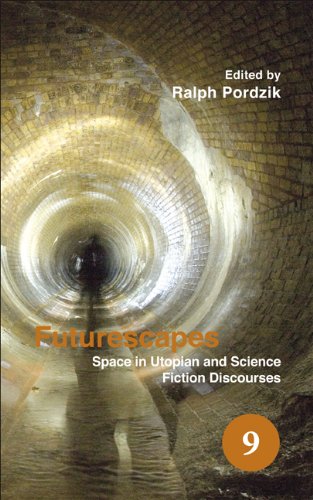 This book testifies to the growing interest in the many spaces of utopia. It intends to ‘map out’ on utopian and science-fiction discourses some of the new and revisionist models of spatial analysis applied in Literary and Cultural Studies in recent years. The volume aims to side-step the established generic binary of utopia and dystopia or science fiction and thus open the analysis of utopian literature to new lines of inquiry. The essays collected here propose to think of utopias not so much as fictional texts about future change and transformation but as vital elements in a cultural process through which social, spatial, and subjective identities are formed. Utopias can thus be read as textual systems implying a distinct spatial and temporal dimension; as ‘spatial practices that tend to naturalize a cultural and social construction – that of the ‘good life, the radically improved welfare state, the Christian paradise, the counter-society, etc. – and make that representation operational by interpellating their readers in some determinate relation to their givenness as sites of political and individual improvement. This volume is of interest to all scholars and students of literature who wish to explore how utopias of the past and recent present have circulated as media of cultural exchange and homogenization, as sites of cultural and linguistic appropriation, and as foci for the spatial formation of national and regional identities in the English-speaking world.

CONTENTS……Page 8
Acknowledgments……Page 12
Notes on Contributors……Page 14
Introduction: The Overlaid Spaces of Utopia……Page 18
CHAPTER I CONSTRUCTING BORDERS, DEFINING LIMITS: THE IDEAL SPACE OF UTOPIA REVISITED……Page 24
The Translation of Paradise: Thomas More’s Utopia and the Poetics of Cultural Exchange……Page 26
Utopia, Nation-Building, and the Dissolution of the Nation-State Around 1900……Page 54
Discoveries of the Future: Herbert G. Wells and the Eugenic Utopia……Page 80
Persistence of Obedience: Theological Space and Ritual Conversion in George Orwell’s Nineteen Eighty-Four……Page 112
CHAPTER II HOMELY SPACES, INTIMATE BORDERS – UTOPIAS TO LIVE IN……Page 130
‘And is not every Manor a Little Common Wealth?’ Nostalgia, Utopia and the Country House……Page 132
The Watchdogs of Eden: Chesterton and Buchan Look at the Present of the Future……Page 172
The Land that Time Forgot: Fictions of Antarctic Temporality……Page 200
“The Tower of Babble”? The Role and Function of Fictive Languages in Utopian and Dystopian Fiction……Page 226
CHAPTER III WORLDS BEYOND WORLDS – THE LIMITS OF GEOGRAPHICAL AND PERCEPTUAL SPACE……Page 250
Rethinking Deterritorialization: Utopian and Apocalyptic Space in Recent American Fiction……Page 252
Space Construction as Cultural Practice: Reading William Gibson’s Neuromancer with Respect to Postmodern Concepts of Space……Page 276
Peripheral Cosmopolitans: Caribbeanness as Transnational Utopia?……Page 302
“Utopian and Cynical Elements”: Chaplin, Cinema, and Weimar Critical Theory……Page 328
Index……Page 360