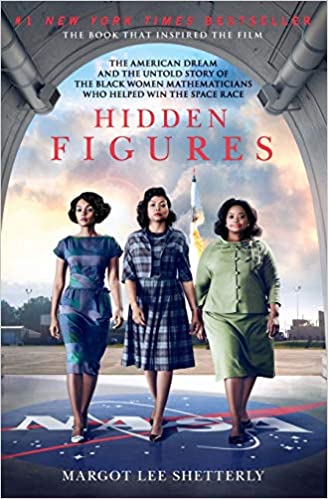 Hidden Figures: The American Dream and the Untold Story of the Black Women Who Helped Win the Space Race is a 2016 nonfiction biography book written by Margot Lee Shetterly. Shetterly started working on the book in 2010. The book takes place from the 1930s through the 1960s when some viewed women as inferior to men.

Even as Virginia’s Jim Crow laws required them to be segregated from their white counterparts, the women of Langley’s all-black “West Computing” group helped America achieve one of the things it desired most: a decisive victory over the Soviet Union in the Cold War, and complete domination of the heavens. Starting in World War II and moving through to the Cold War, the Civil Rights Movement and the Space Race, Hidden Figures follows the interwoven accounts of Dorothy Vaughan, Mary Jackson, Katherine Johnson and Christine Darden, four African American women who participated in some of NASA’s greatest successes. It chronicles their careers over nearly three decades they faced challenges, forged alliances and used their intellect to change their own lives, and their country’s future.