Home A Special Books Magdala of Galilee: A Jewish City in the Hellenistic and Roman Period 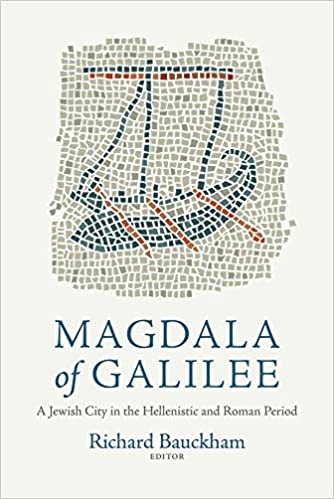 Magdala of Galilee: A Jewish City in the Hellenistic and Roman Period By Richard Bauckham

Magdala of Galilee for the first time unifies the results of various excavations of the Galilean city. Here, archaeologists and historians of the Second Temple Period work together to understand the site and its significance to profile Galilee and the region around the lake in the Early Roman period. After a comprehensive overview of the history and character of the city, the volume details the harbor, the domestic and mercantile sectors, the Jewish ritual baths, and the synagogue, with its unique and remarkable engraved stone. There is also a full study of Magdala’s fishing industry, which dominated fishing on the lake, and the production of salted fish. The rabbinic traditions about Magdala are fully investigated for the first time, and a study of Josephus’ account of the city’s role in the Jewish revolt is also included. The in-depth archaeological, historical, and literary analyses are enriched by a wealth of on-site photographs, regional maps, and excavation plans. Edited by Richard Bauckham, this cutting-edge synthesis of international field work and scholarly study brings the City of Fish and its place in Jewish history and culture into sharp relief, providing both specialists and general readers with a richer understanding of the background of early Judaism and Christianity.

Related Results : magdala of galilee a jewish city in the hellenistic and roman period,