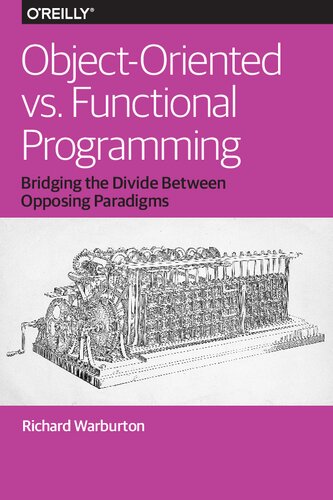 The schism between functional and object-oriented programmers is a false binary. The first group argues that FP is superior for a multicore world, while the second insists that OOP is better at matching technical solutions to business problems. However, this O’Reilly report explains that this is not an either-or proposition.

This book discusses similarities between these programming paradigms and points out that FP and OOP are moving closer. One prominent example is lambda expressions in Java and other OOP languages such as C#, C++, and Swift.

By following examples written in Java, you will learn to

Richard Warburton is an empirical technologist and a solver of deep technical problems; he works independently as a software engineer and trainer.