Home A Special Books ‘One Who Will’:the Search for Steve Waugh 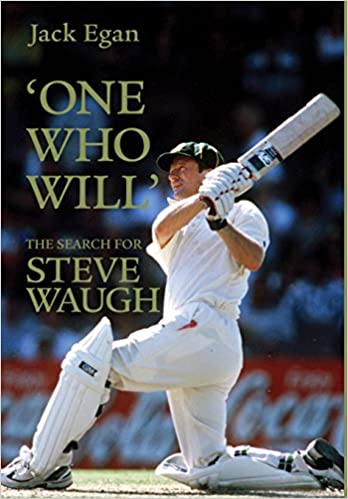 ‘One Who Will’:the Search for Steve Waugh By Jack Egan

This unauthorized biography details the life and accomplishments of Steve Waugh, one of Australia’s cricket legends. Interviews with coaches, commentators, and other cricketers lend insights into t he world of this private sports hero. In addition to telling a personal story, this volume offers a look into the behind-the-scenes politics and big-bucks marketing of modern cricket.

Steve Waugh’s career is undisputedly the stuff of legend. As a player and as a captain he has reached the pinnacle of Australian cricket. His side has been compared to Bradman’s Invincibles, and the media coverage following his retirement from Test cricket was reignited by his controversial naming as Australian of the Year for 2004. Many though, including Jack Egan, have long wondered about the private man behind the public face of Australia’s most successful Test captain.