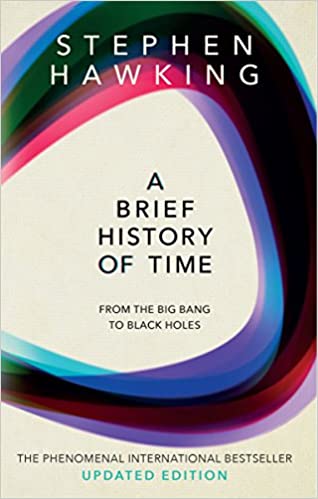 A Brief History of Time By Stephen Hawking

A Brief History of Time: From the Big Bang to Black Holes is a theoretical book on cosmology by English physicist Stephen Hawking. It was first published in 1988. Hawking wrote the book for readers who had no prior knowledge of physics and people who are interested in learning something new about interesting subjects.

A Brief History of Time is a popular-science book that helps a layman understand the basic questions of our existence and physics. It is a scientific attempt at explaining the origin of the universe. The author has collated theories created by varying cultures over the years, taking you on a historic and scientific journey.

The book introduces the theory of relativity, quantum physics, particle physics, gravity and the fabric of space-time in the first half. Complicated concepts like these are explained and Hawking shows us how Einstein’s work had a lasting effect on how you see the universe. Einstein introduced the fourth dimension, time, into the three dimensional universe.

A Brief History of Time also covers quantum mechanics and the book goes on to delve into the author’s research. Written in a style that is simple and easy to understand, this book is sure to broaden your horizon. The book was published in 1989 and is available in paperback.