Home Tags A sword to the heart barbara cartland 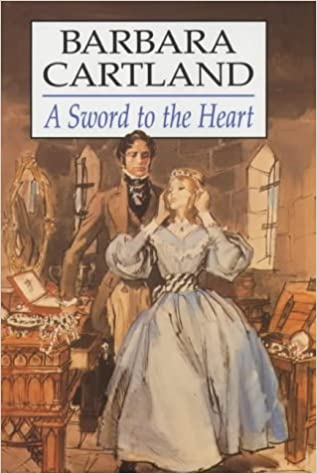 A Sword to the Heart By Barbara Cartland

A Sword to the Heart Book by Barbara Cartland. A love story with background drawn from the Labourers’ revolt in 1830, when several counties in the south of England were in a state bordering on insurrection. The legendary “Captain Swing,” whose letters spread terror among landowners, may or may not have been hanged with other leaders of the riots.

From the moment she saw him, Natalia Greystroke knew that Lord Ranulf Colwall was the one man she could love. And when he asked to marry her, she thought he felt the same way. But on her wedding night, Natalia overheard her husband say that he would never permit himself to love any woman – all he desired from marriage was an heir to his vast estate. Natalia was crushed. She knew she could never truly become Lord Colwall’s wife. Desperate and afraid, she fled her new home- still hoping she had kindled some spark of affection that would bring him to her side.