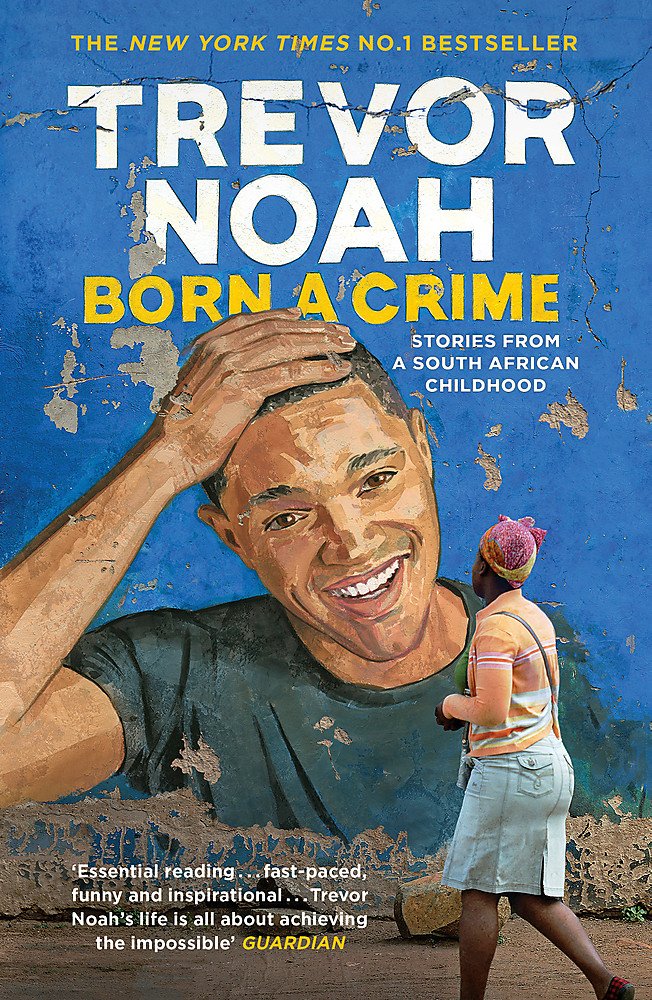 Born A Crime By Trevor Noah

Born A Crime: Stories from a South African Childhood is an autobiographical comedy book written by the South African comedian Trevor Noah, published in 2016.

Trevor Noah’s unlikely path from apartheid South Africa to the desk of The Daily Show began with a criminal act: his birth. Trevor was born to a white Swiss father and a black Xhosa mother at a time when such a union was punishable by five years in prison. Living proof of his parents’ indiscretion, Trevor was kept mostly indoors for the earliest years of his life, bound by the extreme and often absurd measures his mother took to hide him from a government that could, at any moment, steal him away.