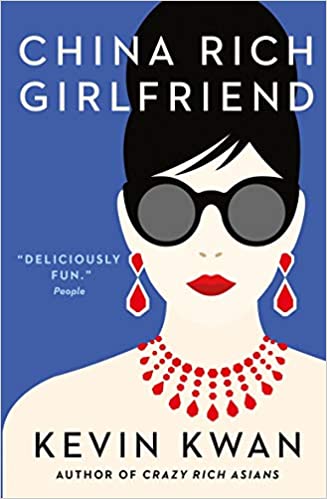 China Rich Girlfriend is a satirical 2015 romantic comedy novel by Kevin Kwan. It is the sequel to Crazy Rich Asians, a novel about the wealthy Singapore elite. Kwan was urged to write the sequel by his publishers after the initial success of Crazy Rich Asians.

It’s the eve of Rachel Chu’s wedding, and she should be over the moon. She has a flawless oval-cut diamond, a wedding dress she loves, and a fiancé willing to give up one of the biggest fortunes in Asia in order to marry her. Still, Rachel mourns the fact that her birth father, a man she never knew, won’t be there to walk her down the aisle.

Then a chance accident reveals his identity. Suddenly, Rachel is drawn into a dizzying world of Shanghai splendor, a world where people attend church in a penthouse, where exotic cars race down the boulevard, and where people aren’t just crazy rich… they’re China rich.