This textbook also contains material on application programming development – material not covered in depth by any introductory computer networks textbook. (While there are books devoted to network programming, e.g., the texts by Stevens, they are not introductory networking textbooks.) There are several compelling reasons for including this material. First, anyone wanting to write a network application must know about socket programming – the material is thus of great practical interest. Second, early exposure to socket programming is valuable for pedagogical reasons as well – it allows students to write actual network application-level programs and gain first-hand experience with many of this issues involved in having multiple geographically distributed processes communicate. We present the material on application programming in a Java context rather than a C context, because socket programming in Java is simpler, and allows students to quickly see the forest through the trees.

This book takes a “top-down” approach where students are first exposed to a concrete application and then drawn into some of the deeper issues of networking. The field of networking is now mature enough that a number of fundamentally important issues can beidentified. For example, in the transport layer, the fundamental issues include reliable communication over an unreliable channel, connection establishment/teardown and handshaking, congestion and flow control, and multiplexing. In the routing layer, two fundamentally important issues are how to find“good” paths between two routers, and how to deal with large, heterogeneous systems. 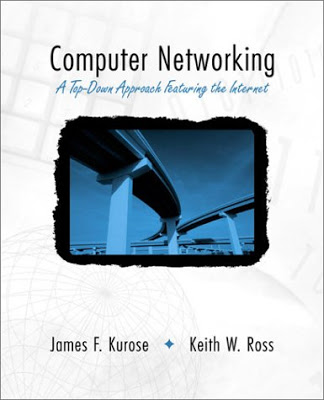