Home Tags Disrupted my misadventure in the start-up bubble summary 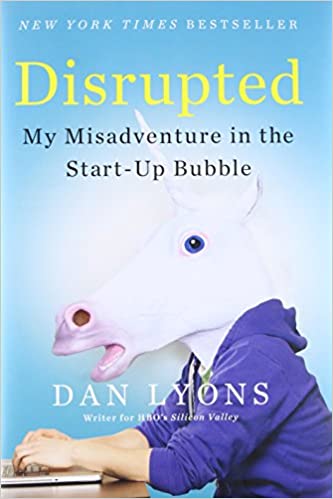 Disrupted: My Misadventure in the Start-Up Bubble By Dan Lyons

Disrupted: My Misadventure in the Start-Up Bubble is a book written by American author and journalist Daniel Lyons. The book describes the author’s experiences working at the software company HubSpot and offers a sharp critique of the company’s management and culture.

For twenty-five years Dan Lyons was a magazine writer at the top of his profession–until one Friday morning when he received a phone call: Poof. His job no longer existed. “I think they just want to hire younger people,” his boss at Newsweek told him. Fifty years old and with a wife and two young kids, Dan was, in a word, screwed. Then an idea hit. Dan had long reported on Silicon Valley and the tech explosion. Why not join it? HubSpot, a Boston start-up, was flush with $100 million in venture capital. They offered Dan a pile of stock options for the vague role of “marketing fellow.” What could go wrong?