The volume opens with an over view of the dual nature of 4f states in the lanthanides (Chapter 241). It is followed by a review of the temperature-dependent behaviors of aluminates and gallates, the structures of which are based on the simple, yet flexible, cubic perovskite model (Chapter 242).

The last chapter describes the current state of the art in luminescence of polyoxometallolanthanoates and their photochemistry leading to the formation of highly colored nano-rings (Chapter 243).

The opening chapter describes the dual character of the 4f core electrons that may either be part of the valence states or be inert and form part of the core using first principles theory. Here, W. M. Temmerman and coauthors begin with a review of the relevant physical, electronic, and magnetic properties of lanthanide materials.

They then give a brief overview of the applicable theoretical methods based on the density functional theory, with the focus on the self-interaction corrected local spin density approximation method, and, in particular, the full implementation of self-interaction correction, involving repeated transformations between Bloch and Wannier representations.

Later, the authors turn their attention to two spectroscopic techniques applicable to lanthanides and some of their compounds in order to study some
of the properties of the localized 4f states. An important issue—how to calculate the finite temperature properties of the lanthanide metals and their compounds—is discussed and illustrated by the study of finite temperature magnetism of the heavy lanthanides and the finite temperature diagram of the Ce a–g phase transition. The chapter concludes with the outline on how to include dynamical quantum fluctuations to further improve modeling precision.

The author of this book “Handbook on the Physics and Chemistry of Rare Earths” is Karl A. Gschneidner. 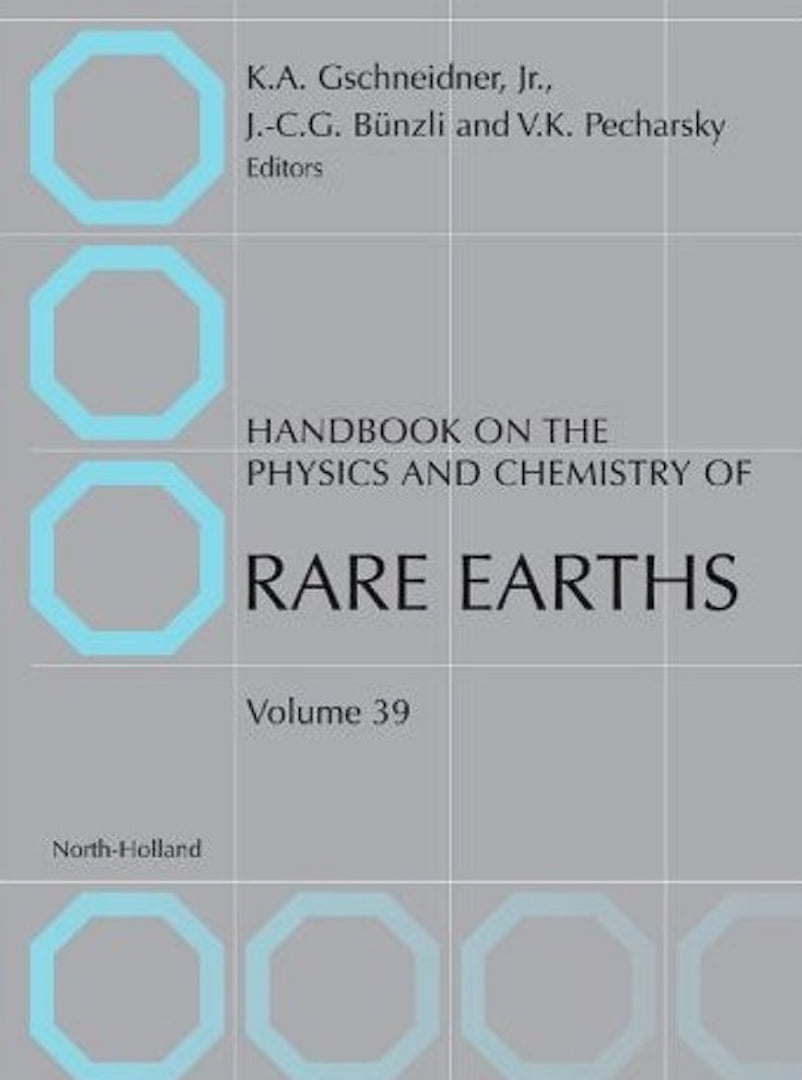 Handbook on the Physics and Chemistry of Rare Earths

Handbook on the Physics and Chemistry of Rare Earths.