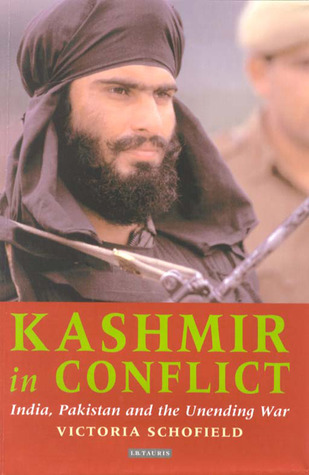 Kashmir in Conflict By Victoria Schofield

Kashmir in Conflict: India, Pakistan and the Unending War is history book by Victoria Schofield, published in 1996.

How has the valley of Kashmir, famed for its beauty and tranquility, become the focus of a dispute with the potential for nuclear conflict? How does the Kashmir separatist movement challenge the integrity of the Indian state and threaten the stability of a region of tremendous strategic importance? As Pakistan and India square up for what may become a major regional conflict, Victoria Schofield’s timely book examines the Kashmir question, from the period when the valley was an independent kingdom to its current status as a battleground for two of the world’s newest nuclear powers: India and Pakistan. Schofield now traces the origins of the conflict in the 19th century and explains the serious issues that divide India and Pakistan and assesses the military positions of both states as their troops mass along the border.