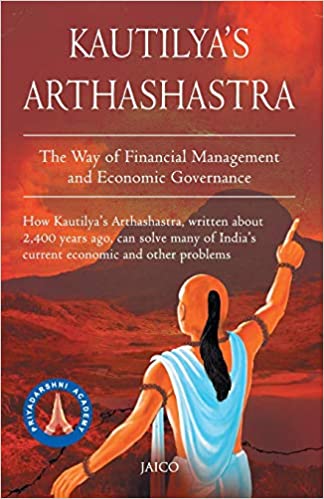 Kautilya’s Arthashastra: The Way of Fianancial Management and Economic Governance is economics book by Kautilya.

Kautilya, also known as Chanakya is India’s most illustrious political economist of all time. He regarded economic activity as the driving force behind the functioning of any political dispensation. In fact he went to the extent of saying that revenue should take priority over the army because sustaining the army was possible out of a well-managed revenue system. Kautilya advocated limiting the taxation power of the State, having low rates of taxation, maintaining a gradual increase in taxation and most importantly devising a tax structure that ensured compliance. He strongly encouraged foreign trade, basing it on the premise that for a successful trade contract to be established it had to be beneficial to all. He emphasised State control and investment in land, water and mining. Kautilya was a true statesman who bridged the gap between experience and vision. For Kautilya, good governance was paramount. He suggested built-in checks and balances in revenue and procedures for the containment of malpractices. Many postulates of Kautilya’s philosophy of political economy are applicable to contemporary times.