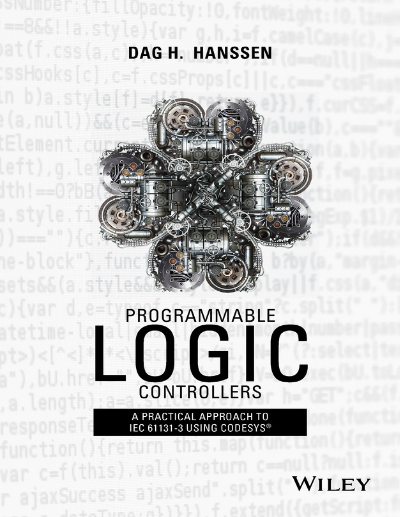 Even though the same languages, beginning with Instruction Lists (IL) and Ladder Diagram (LD), has been used by most of the producers, all of them added their own “dialects” to the languages.

This development was the natural result of the attempt by the producers to make themselves stand out among the increasing competition by developing the most user-friendly languages and tools.

When the IEC 1 61131-3 standard came out in 1993, the situation started to improve. This standard was the result of the work that had been ongoing for several years in which the best from the various languages and dialects from different producers was assembled into a single document.

Today, most of the equipment producers have come to realize the advantages of organizing themselves in accordance with the standard.

All of the major producers of PLCs, such as Telemecanique, Wago, Mitsubishi, Klockner Moeller, Allen-Bradley, Omron, Siemens, and so on, have, therefore, to a greater or lesser extent, adapted their programming tools to IEC 61131-3.

This book covers close to 100% of the specifications and guidelines that are given in Standard (International Electrotechnical Commission, 2013).

2 The book will, therefore, be interesting in everyone who works with, or wants to learn about programming PLCs, no matter which PLC brand they use.

The book does not assume any previous knowledge of programming. Comments and suggestions for contents will be gratefully received.

The book is divided into five main parts:

Chapter 1 contains a brief history and a short description of the design and operation of PLCs in general.

Chapters 2 and 3 give a basic introduction to digital and analog signals and equipment for detection, measurement, and manipulation of discrete and continuous quantities.

Chapter 4 focuses on methods for the planning and design of structurally efficient programs. It also provides an introduction to Boolean algebra.

Chapters 5 and 6 introduce the IEC standard elements such as literals, keywords, data types, variables, and addressing.

Chapter 11 covers the structured text (ST) language. The last language covered in the book is actually not a programming language as such, but rather a tool for structuring program code. This is called a Sequential Function Chart (SFC) and is described in Chapter 12.

Chapter 13 contains some larger practical programming examples. The last two chapters in the book cover programming tools. Here, I have chosen to focus on CODESYS.

There are several reasons for this; first, CODESYS follows the standard almost 100%. Furthermore, CODESYS is a hardware-independent programming tool that is currently used by well over 250 hardware suppliers.

Finally, yet importantly, the program can be downloaded free and it contains a simulator. Most of the program code in the book was written and tested with this tool.

Programmable Logic Controllers: A Practical Approach using CoDeSys is a hands-on guide to rapidly gain proficiency in the development and operation of PLCs based on the IEC 61131-3 standard. Using the freely-available* software tool CoDeSys, which is widely used in industrial design automation projects, the author takes a highly practical approach to PLC design using real-world examples. The design tool, CoDeSys, also features a built in simulator/soft PLC enabling the reader to undertake exercises and test the examples.