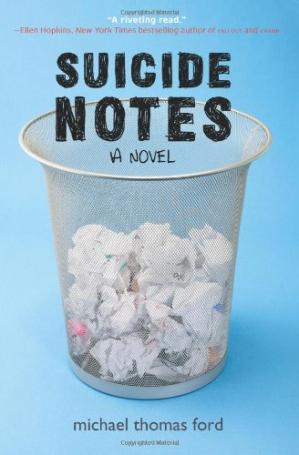 Compelling, witty, and refreshingly real, Suicide Notes is a darkly comic novel that examines that fuzzy line between “normal” and the rest of us.

Fifteen-year-old Jeff wakes up on New Year’s Day to find himself in the hospital—specifically, in the psychiatric ward. Despite the bandages on his wrists, he’s positive this is all some huge mistake. Jeff is perfectly fine, perfectly normal; not like the other kids in the hospital with him.

But over the course of the next forty-five days, Jeff begins to understand why he ended up here—and realizes he has more in common with the other kids than he thought.