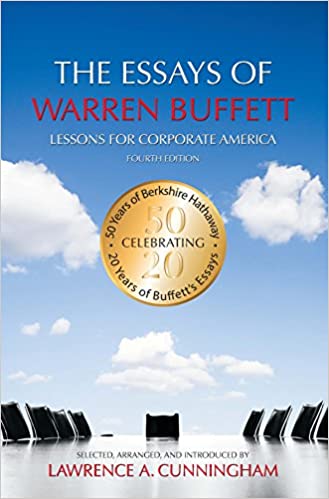 The Essays of Warren Buffett: Lessons for Corporate America By Warren E. Buffett

The year 2015 marks the fiftieth anniversary of Berkshire Hathaway under Warren Buffett’s leadership, a milestone worth commemorating. The tenure sets a record for chief executive not only in duration but in value creation and philosophizing. The fourth edition of The Essays of Warren Buffett: Lessons for Corporate America celebrates its twentieth anniversary. As the book Buffett autographs most, its popularity and longevity attest to the widespread appetite for this unique compilation of Buffett’s thoughts that is at once comprehensive, non-repetitive, and digestible.