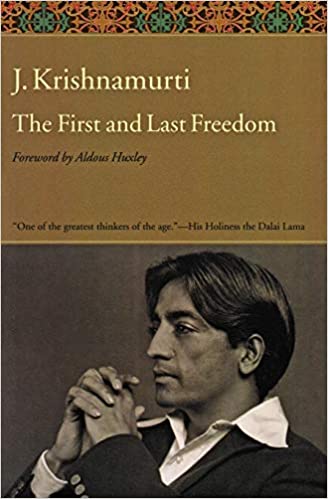 The First and Last Freedom By Jiddu Krishnamurti

The First and Last Freedom is a book by 20th-century Indian philosopher Jiddu Krishnamurti. Originally published in 1954 with a comprehensive foreword by Aldous Huxley, it was instrumental in broadening Krishnamurti’s audience and exposing his ideas.

Krishnamurti is a leading spiritual teacher of our century. In The First and Last Freedom, he cuts away symbols and false associations in the search for pure truth and perfect freedom. Through discussions on suffering, fear, gossip, sex, and other topics, Krishnamurti’s quest becomes the readers, an undertaking of tremendous significance.