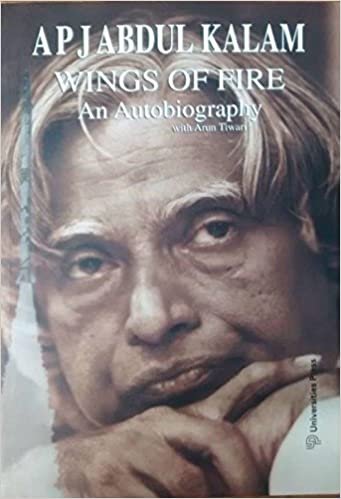 Wings Of Fire: An Autobiography By Abdul Kalam, Arun Tiwari

Wings of Fire: An Autobiography of A P J Abdul Kalam, former President of India. It was written by Dr. Abdul Kalam and Arun Tiwari. Dr. Kalam examines his early life, effort, hardship, fortitude, luck and chance that eventually led him to lead Indian space research, nuclear and missile programs.

Wings of Fire: An Autobiography is an autobiographical novel that tells the readers a story about unlocking their inner potential. Kalam does a great deal to throw light on his journey to igniting the fire within himself. This book is divided into seven parts, and begins with an Introduction and Preface. This is then followed by an Orientation, which contains a quote from the Atharva Veda. After that, the readers are also enlightened on the incidents that made Kalam what he is today. It is very inspirational book. You can download pdf from below and buy from amazon if you want.