The Artemis Lunar Program: Returning People to the Moon 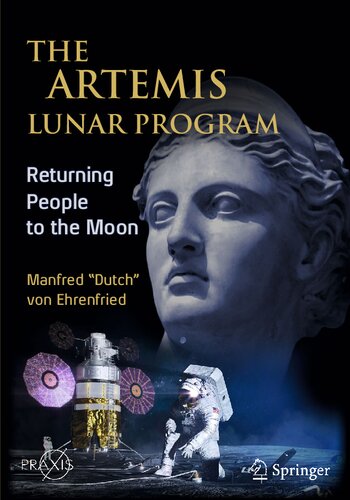 This book describes the future of the Artemis Lunar Program from 2017 to about 2030. Despite the uncertainty of the times and the present state of space exploration, what is presented in this book will likely happen to one degree or another. History has taught us that predictions are often complex, but one can see enough into the future to be somewhat accurate. As the Bible says, “We see through the glass, but darkly.” The proposed program’s elements are described from several perspectives: NASA, the commercial space industry, and our international partners. Also included are the many vehicles, habitats, landers, payloads, and experiments. The book tells the story of the buildup of a tiny space station in a strange new lunar orbit and the descent of shipments and humans, including the first woman and next man, to the lunar surface with the intent to evolve a sustained presence over time.

The Artemis Lunar Program: Returning People to the Moon PDF