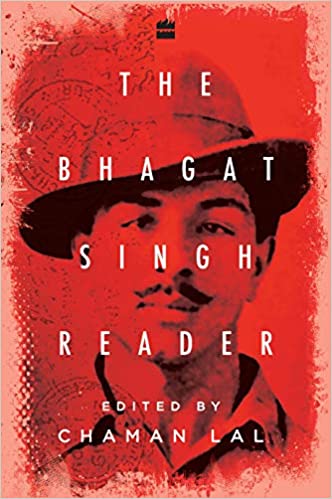 Sporting a sharp handlebar moustache, his hat askew, Shaheed Bhagat Singh has been lionized in Indian imagination as one of the most influential revolutionaries of the Independence movement. Convicted and hanged by the British in 1931 for his role in killing a colonial police officer in the Lahore Conspiracy Case, he became a martyr at the young age of twenty-three, leaving behind an inspiring legacy. Tales of Bhagat Singh’s heroism and bravery are part of popular folklore, as it were — how he exploded bombs at the Central Legislative Assembly in Delhi and showered leaflets on the legislators before surrendering himself to the authorities, or how he led Indian political prisoners in a hunger strike demanding better conditions in jail. The Bhagat Singh Reader brings into prominence his less widely known intellectual output. It presents in a single volume a collection of his writings and thoughts: from his letters, telegrams and notices to articles that chalk out his subversive and progressive ideas, and his mails from prison to the colonial administration and judiciary. His forty-three sketches of Indian freedom fighters throw light on the larger picture of the independence struggle. This is a book that reveals Bhagat Singh the man and the thinker, the Marxist and the idealist.