Home A Special Books The Bible Unearthed: Archaeology’s New Vision of Ancient Israel and the Origin... 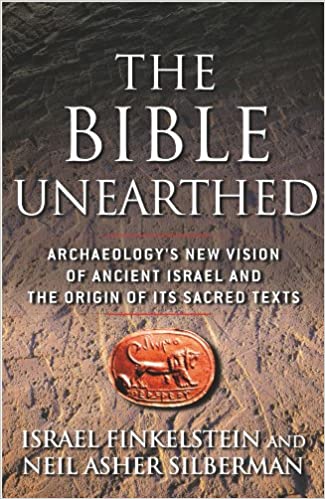 The Bible Unearthed: Archaeology’s New Vision of Ancient Israel and the Origin of Its Sacred Texts By Israel Finkelstein, Neil Asher Silberman

In this groundbreaking work that sets apart fact and legend, authors Finkelstein and Silberman use significant archeological discoveries to provide historical information about biblical Israel and its neighbors.

In this iconoclastic and provocative work, leading scholars Israel Finkelstein and Neil Asher Silberman draw on recent archaeological research to present a dramatically revised portrait of ancient Israel and its neighbors. They argue that crucial evidence (or a telling lack of evidence) at digs in Israel, Egypt, Jordan, and Lebanon suggests that many of the most famous stories in the Bible—the wanderings of the patriarchs, the Exodus from Egypt, Joshua’s conquest of Canaan, and David and Solomon’s vast empire—reflect the world of the later authors rather than actual historical facts.

Challenging the fundamentalist readings of the scriptures and marshaling the latest archaeological evidence to support its new vision of ancient Israel, The Bible Unearthed offers a fascinating and controversial perspective on when and why the Bible was written and why it possesses such great spiritual and emotional power today.