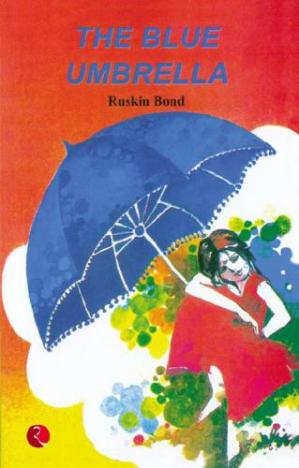 The Blue Umbrella By Ruskin Bond

The Blue Umbrella is a 1980 Indian novel written by Ruskin Bond. It was adapted into a 2005 Hindi film by the same name, directed by Vishal Bhardwaj, which later won the National Film Award for Best Children’s Film.

‘The Umbrella was like a flower, a great blue flower that had sprung up on the dry brown hillside.’

In exchange for her lucky leopard’s claw pendant, Binya acquires a beautiful blue umbrella that makes her the envy of everyone in her village, especially Ram Bharosa, the shopkeeper. Ruskin Bond’s short and humorous novella, set in the picturesque hills of Garhwal, perfectly captures life in a village, where both heroism and redemption can be found.