Home A Special Books The Fantastic Inventions of Nikola Tesla 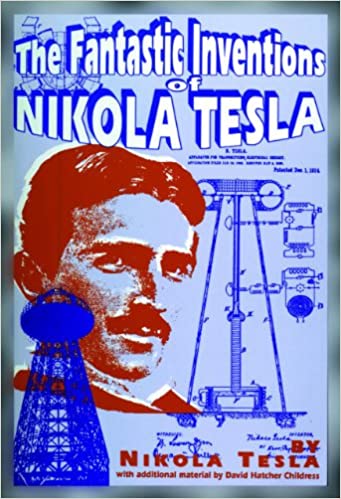 The Fantastic Inventions of Nikola Tesla (Lost Science Series) is a book that recounts almost all of Nikola Tesla’s inventions and patents. The book has detailed diagrams and pictures along with explanations that help you understand his creations and ideas better.

The book talks about the transmission of electricity through Earth’s atmosphere, his vision of anti – gravity airships that draw power from his towers, how humanity can have unlimited amount of electricity supply anywhere on the planet, etc. It also speaks about how the modern “Star Wars” program uses Tesla’s early Death Ray Technology, along with his most – innovative and unique inventions like the thought machines, ozone generators, electric submarines and several more in this book, Tesla has included rare information on German bases in Antarctica and South America and also about a secret city built in the deep interiors of a South – American jungle. This city was built by one of his own students named Guglielmo Marconi. According to Tesla’s revelation in this book, his secret group claims to have made flying discs in the 1940’s and say they have flown to explore Mars just after ten years of the invention. Tesla and Marconi’s advanced concepts for anti – gravity, flying saucers and time travel has also been discussed in this book. The book has pictures of these inventions and also has elaborate chapters discussing the ancient Atlantean system in which energy is transmitted through a grid system of obelisks and pyramids. Another interesting feature of the book is that it includes the Supreme Court documents about the demolition of Nikola’s famous Wardenclyffe Tower.

The Fantastic Inventions of Nikola Tesla (Lost Science Series) is written by Nikola Tesla and David Hatcher Childress. The book was published by Adventures Unlimited Press in 1993. It is an imported edition and is available in paperback.