The Invention of Time and Space: Origins, Definitions, Nature, Properties 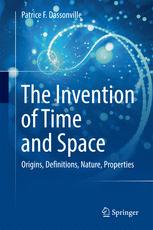 Einstein said that the most incomprehensible thing about the universe is that it is comprehensible. But was he right? Can the quantum theory of fields and Einstein’s general theory of relativity, the two most accurate and successful physics ideas, be united in a single quantum theory of gravity? Can quantum and cosmological theories ever be combined? On this issue, two of the world’s most famous physicists—Stephen Hawking (A Brief History of Time) and Roger Penrose (The Emperor’s New Mind and Shadows of the Mind)—disagree. Here, they explain their points of view in work based on six lectures and a final debate that was given at the Isaac Newton Institute for Mathematical Sciences at the University of Cambridge. How could quantum gravity, a theory that could explain the earlier moments of the big bang and the physics of the enigmatic objects known as black holes, be constructed? Why does our patch of the universe look just as Einstein predicted, with no hint of quantum effects in sight? What strange quantum processes can cause black holes to evaporate, and what happens to all the information they swallow? Why does the time go forward, not backward? In this book, the two opponents touch on all these questions. Penrose, like Einstein, refuses to believe that quantum mechanics is a final theory. Hawking thinks otherwise and argues that general relativity cannot account for how the universe began. Only a quantum theory of gravity, coupled with the no-boundary hypothesis, can hope to explain adequately what little we can observe about our universe. Penrose, playing the realist to Hawking’s positivist, thinks that the universe is unbounded and will expand forever. He says that the universe can be understood by looking at the geometry of light cones, how spacetime is compressed and stretched, and by using twistor theory. With the final debate, the reader will realize how much Hawking and Penrose diverge in their opinions of the ultimate quest to combine quantum mechanics and relativity and how differently they have tried to comprehend the incomprehensible. In a new afterword, the authors outline how recent developments have caused their positions to diverge on several key issues, including the spatial geometry of the universe, inflationary versus cyclic theories of the cosmos, and the black-hole information-loss paradox. Though much progress has been made, Hawking and Penrose stress that physicists still have much further to go in their quest for a quantum theory of gravity.

This investigation of time and space is motivated by gaps in our current understanding: by the lack of definitions, by our failure to appreciate the nature of these entities, by our inability to pin down their properties.

The author’s approach is based on two key ideas: The first is to seek the geo-historical origins of time and space concepts. A thorough investigation of a diversified archaeological corpus allows him to draft coherent definitions and gives clues as to whether time and space were discovered or invented. The second idea is to define the units before determining space and time.

The results presented here are unexpected: Time and space were not discovered in nature, but they were invented; time is not a phenomenon, and space has no materiality; they are only concepts. This runs contrary to the opinion of most scientific and philosophical authorities, although one would seek in vain a theoretical validation of the conventional position. This book will provide much food for thought for philosophers and scientists and interested general readers.

The Invention of Time and Space: Origins, Definitions, Nature, Properties