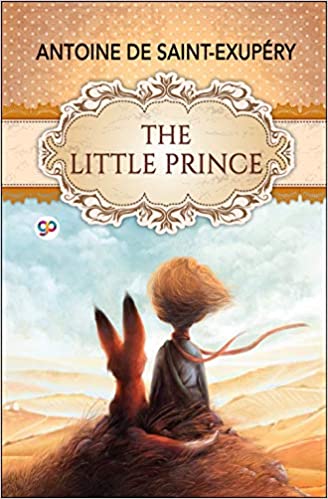 The Little Prince is a children’s novella by French aristocrat, writer, and aviator Antoine de Saint-Exupéry. It was first published in English and French in the US by Reynal & Hitchcock in April 1943, and posthumously in France following the liberation of France as Saint-Exupéry’s works had been banned by the Vichy Regime.

I have always loved the desert. One sits down on a desert sand dune, sees nothing, hears nothing. Yet through the silence something throbs, and gleams… A young aviator crashes his plane in the middle of the Sahara desert. In the isolation of the blistering sand dunes, he meets a strange little boy – The little prince. Over the next ten days, as the aviator tries to fix his plane on a fast depleting store of food and Water, he also gradually learns the little princess extraordinary story. The little prince talks of his own tiny planet, his beloved rose, the serious threat of baobabs, and of his travels to different planets. As the sad experiences of the little princess life are unfurled, so grows the affection for him in the aviator’s heart. Antoine de saint-exupery’s classic text has enthralled its readers, adults and children alike, over decades. The story is reflective of notions of loyalty, friendship, love and hope, easy but intense. The little princess simplicity throws the futility of endless human desires into a sharp relief, making it as profound as it is poetic.