The Phenomenon of Science : A cybernetic approach to human evolution – Turchin V.F 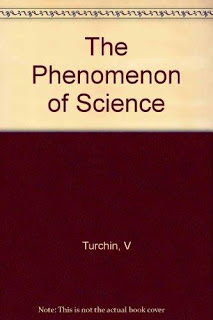 The Phenomenon Of Science: A Cybernetic Approach To Human Evolution, by V.F. Turchin.
It made me realize everything is about Control and today we are living the era of the Control of Culture.
The subject so fascinated me I’ve started to write about back in 2006 and still writing today.