Home A Special Books The Secret By Rhonda Byrne 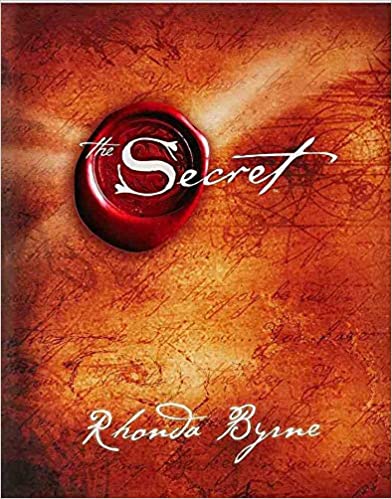 The Secret By Rhonda Byrne

The Secret is a 2006 self-help book by Rhonda Byrne, based on the earlier film of the same name. It is based on the belief of the law of attraction, which claims that thoughts can change a person’s life directly.

Regarded as a life-changing read by many readers, The Secret by Rhonda Byrne is a self-help book that embarks to motivate the reader about a universal paradigm about success that can be achieved though it remains hidden for most people. The book explores about unveiling this little secret which may transform how people look at things and lead them on to the road of success and true happiness.

According to the author, the book makes proper use of the ‘law of attraction’ and shows how positive thinking can open treasure trove of bountiful happiness, health and wealth. The book posits the law of attraction as a primeval law that completes the law of the universe (as well of our lives) through the process ‘like attracts like’. The author is also of the view that as people think-and-feel, so do they send a corresponding frequency to the universe that in turn attracts events and circumstances of the same frequency. Hence, if one is always able to think positive and think right, naturally, one will obtain the best results always. In all this argument however, there is no scientific basis for the views expressed as to how such ‘attraction’ affect the biological and physical processes of the body.

In propounding these provocative views, the book highlights visualization and gratitude as the two major powerful processes that help people manifest their dreams and desires. Although hailed by many as the secret to good life and better living, the book has also attracted some serious criticism, with many claiming it to be a ‘highly controversial’ book.

Despite the controversy, in 2006 a film by the same name as the book was released. The Secret has sold over 19 million copies in less than a year’s span and has been translated into 46 languages. And, even after a decade of its first publication, it is still regarded as a path-breaking work in the field of inspirational writings.

Fragments of a Great Secret have been found in the oral traditions, in literature, in religions and philosophies throughout the centuries. For the first time, all the pieces of The Secret come together in an incredible revelation that will be life-transforming for all who experience it. In this book, you’ll learn how to use The Secret in every aspect of your life — money, health, relationships, happiness, and in every interaction you have in the world. You’ll begin to understand the hidden, untapped power that’s within you, and this revelation can bring joy to every aspect of your life. The Secret contains wisdom from modern-day teachers — men and women who have used it to achieve health, wealth, and happiness. By applying the knowledge of The Secret, they bring to light compelling stories of eradicating disease, acquiring massive wealth, overcoming obstacles, and achieving what many would regard as impossible.

“Every thought of yours is a real thing – a force.”
― Rhonda Byrne, The Secret

“Ninety-nine percent of who you are is invisible and untouchable.”
― Rhonda Byrne, The Secret

“If you are feeling good, it is because you are thinking good thoughts .”
― Rhonda Byrne, The Secret