Home A Special Books The Selection 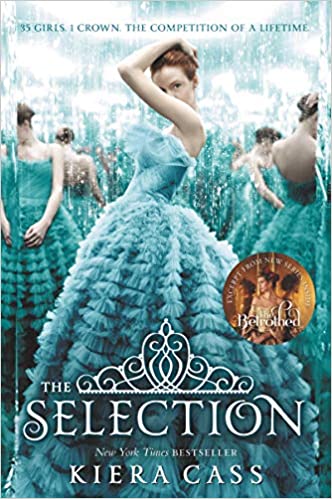 The Selection By Kiera Cass

The Selection is a young adult novel by Kiera Cass first published on April 14, 2012 by HarperCollins. It is the first in a five-book series, followed by The Elite, The One, The Heir and The Crown. The last two take place twenty years after the events in the first three.

Prepare to be swept into a world of breathless fairy-tale romance, swoonworthy characters, glittering gowns, and fierce intrigue perfect for readers who loved Divergent, Delirium, or The Wrath & the Dawn.

For thirty-five girls, the Selection is the chance of a lifetime. The opportunity to escape a rigid caste system, live in a palace, and compete for the heart of gorgeous Prince Maxon. But for America Singer, being Selected is a nightmare. It means turning her back on her secret love with Aspen, who is a caste below her, and competing for a crown she doesn’t want.

Then America meets Prince Maxon and realizes that the life she’s always dreamed of may not compare to a future she never imagined.