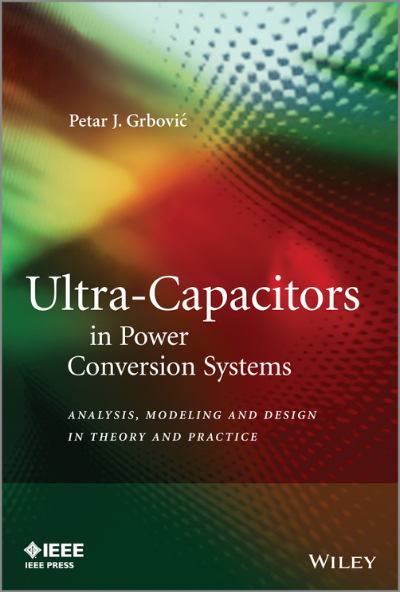 What Ultra-Capacitors in Power Conversion Systems is About

Power conversion systems and power electronics play a significant role in our everyday life. It would be difficult to imagine a power conversion application, such as industrial controlled electric drives, renewable sources, power generation, and transmission devices, home appliances, mobile diesel-electric gen-sets, earthmoving machines and equipment, transportation, and so on, without power electronics and static power converters.

In most of these applications, we are facing growing demands for a device that is able to store and re-store certain amounts of energy during a short period.

There is a strong requirement for energy storage in transportation systems in order to improve the system’s efficiency and reliability.

The energy storage device should be able to quickly store and re-store energy at very high power rates. The charge and discharge time should be a few seconds up to a few tens of seconds while charging specific power is in the order of 5–10 kW/kg.

What is Inside Ultra-Capacitors in Power Conversion Systems

This book starts with a background of energy storage technologies and devices. Then, the detailed theory of ultra-capacitors follows. The fundamentals of power conversion systems and applications are also addressed.

An important part of the book is the process of selection and design of ultra-capacitor modules. Finally, the book ends with a detailed analysis of interface dc-dc converters. In total, the book has five chapters.

The background theory of ultra-capacitors is presented in the second chapter. The ultra-capacitor model is given with particular attention to the application-oriented model.

Ultra-capacitors’ energy and power are then defined and discussed. Different charging/discharging methods, such as voltage-resistance, current, and power control modes are analyzed.

Some application examples, such as variable speed drives with braking and ride-through capability, are given.

The fundamentals of power conversion are presented in the first part of the third chapter. Requirements for the use of a short-term energy storage device in power conversion systems are addressed and discussed.

The structure of a typical power conversion system with ultra-capacitor energy storage is presented. The process of selection of an energy storage device for a particular application requirement is briefly described.

The module voltage is, in fact, a set of different operating voltages and the module rated voltage.

The operating and rated voltages, the module capacitance and internal resistance are defined according to application requirements, such as energy storage capability, operation life span, efficiency, and so on.

Ultra-capacitor losses and efficiency versus size and cost are discussed in the second part of the chapter.

Some aspects of the ultra-capacitor module design are presented. Series connection of elementary ultra-capacitor cells and voltage balancing issues are also discussed and the module’s thermal design is considered too.

The theoretical analysis is supported by several examples from some real power conversion applications.

Interface dc-dc converters are discussed in the fifth chapter. First, the background of bi-directional dc-dc power converters is given.

State-of-the-art topologies are compared according to the application’s requirements. A detailed analysis of a multi-cell interleaved bi-directional dc-dc converter is given in the second part of the chapter where design guidelines are given too.

The theoretical analysis is supported by a set of numerical examples from real applications, such as high power UPS and controlled electric drive applications.

Who Should Read Ultra-Capacitors in Power Conversion Systems (and Why)

This book is mainly aimed at power electronics engineers and professionals who want to improve their knowledge and understanding of advanced ultra-capacitor energy storage devices and their application in power conversion, in the present as well as in the near future.

The book could also be background material for graduate and Ph.D. students who want to learn more about ultra-capacitors and power conversion applications in general.

The reader is expected to have basic knowledge in math, the theory of electric circuits and systems, electromagnetics, and power electronics.