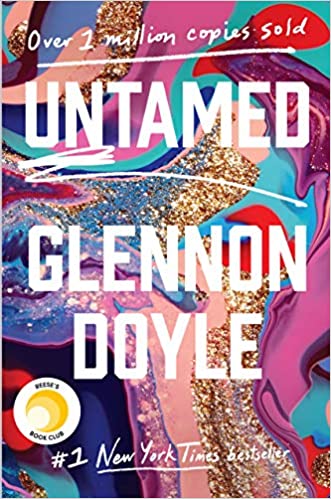 Untamed is a 2020 memoir by Glennon Doyle. It was published by The Dial Press on March 10, 2020. It is her third memoir following her works Love Warrior and Carry on, Warrior.

For many years, Glennon Doyle denied her own discontent. Then, while speaking at a conference, she looked at a woman across the room and fell instantly in love. Three words flooded her mind: There She Is. At first, Glennon assumed these words came to her from on high. But she soon realized they had come to her from within. This was her own voice the one she had buried beneath decades of numbing addictions, cultural conditioning, and institutional allegiances. This was the voice of the girl she had been before the world told her who to be. Glennon decided to quit abandoning herself and to instead abandon the world’s expectations of her. She quit being good so she could be free. She quit pleasing and started living.