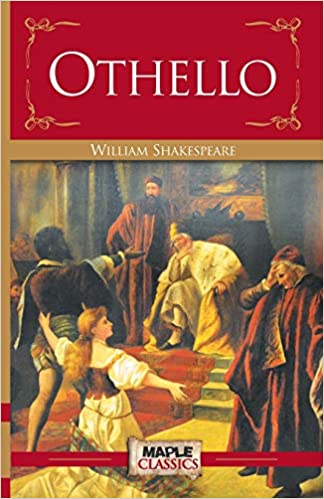 Othello is fiction and tragedy book by William Shakespeare, published in 2013.

“I would not put a thief in my mouth to steal my brains.” A fatal tale of love, jealousy and betrayal, the play revolves around, Othello, a general in Venetian army and Iago, his ensign. Othello traverses through a series of unfortunate events from Iago’s plotting, the misinterpreted image of Desdemona, Othello’s fatal error and his end as a tragic hero! Twisting its way through manipulations and bloodsheds, the story creates a sense of awe and fear in the readers.
Considered as the most powerful and moving of Shakespeare’s great tragedies, Othello has enjoyed popularity among the readers from the Jacobean period to the present day.