Home A Special Books 24 Akbar Road: A Short History Of The People Behind The... 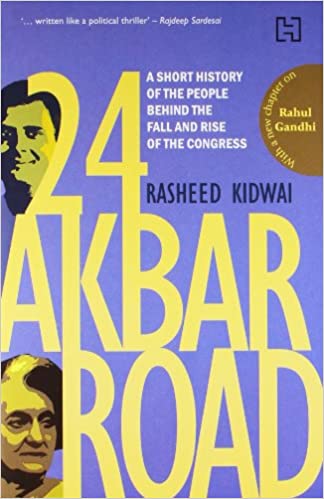 In 24 Akbar Road, journalist Rasheed Kidwai traces the journey of prominent Congress presidents, like Indira Gandhi, Narasimha Rao, and Sonia Gandhi to name a few, and their impact on Indian politics. While writing about the most important events in Congress’ history since the Emergency, Kidwai discusses Sonia Gandhi’s decision to decline the post of PM, Manmohan Singh’s controversial tenure as Prime Minister in both UPA 1 and UPA 2, as well as the complex inner workings of the party.

Revised and Updated: A Short History of the People behind the Fall and Rise of the Congress 24 Akbar Road PDF