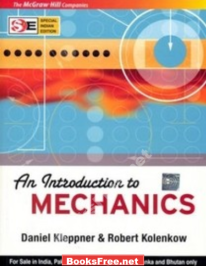 Book – An Introduction to Mechanics PDF