Applied Thermodynamics for Engineering Technologists – 5th Edition aims to give students of engineering a thorough grounding in the subject of thermodynamics and the design of thermal plant. The book is comprehensive in its coverage without sacrificing the necessary theoretical rigor; the emphasis throughout is on the applications of the theory to real processes and plant. The objectives have remained unaltered through four previous editions and continuing interest in the book not only in the UK but also in most other countries in the English-speaking world has confined these objectives as suitable for students on a wide range of courses.

The book is intended as an entire course text for degree courses in mechanical, aeronautical, chemical, environmental, and energy engineering, technology, and combined studies courses during which thermodynamics and related topics arc an important part of the curriculum. Students on technician diploma and certificate courses in engineering will also find the book suitable although the coverage is more extensive than they might require.

A number of lecturers in universities and polytechnics in the UK were asked for comments on the book before the fifth edition was prepared; the consensus was that the balance of the book was broadly correct with only minor changes needed, but a more modern format was thought to be desirable.

The fifth edition has therefore been completed recast in a new style which will make it more attractive. and easier to use. The opportunity has also been taken to rearrange the chapters in what seems to be a more logical order. Throughout the book the emphasis is now on the effective use of energy resources and the need to protect the environment. The cl1apter on energy sources, use and management (Ch. 1n has been improved and extended; it now includes a more extensive coverage of combined heat end power and a new section on energy recovery, including a brief mention of pinch technology.

The material on gas turbines, steam turbines, nozzles, and propulsion (Ch. 8-10) has been rewritten in a more logical format giving a more general treatment or blade design while still stressing the differences in design procedures for steam and gas turbines. In the chapter on refrigeration (Ch. 14) more emphasis is given to the heat pump and to vapor-absorption plant. A new section on refrigerants discusses the vitally important question of the thinning of the ozone layer due to CFCs; examples and problems in this chapter now use refrigerant 134a instead of refrigerant 12.

Applied Thermodynamics for Engineering Technologists By T.D. Eastop, A. McConkey 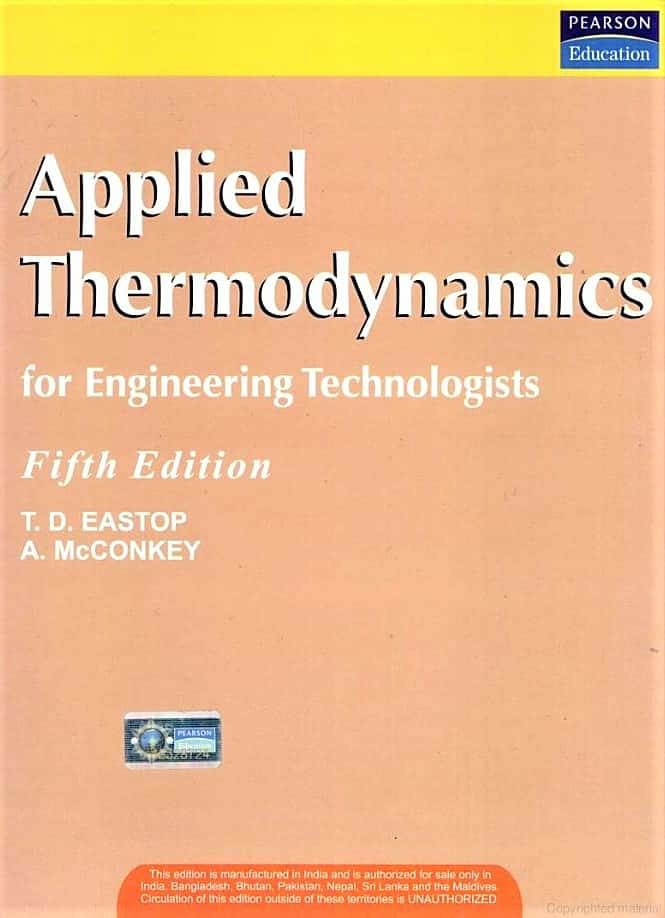