Home A Special Books Diary of a Wimpy Kid: The Getaway 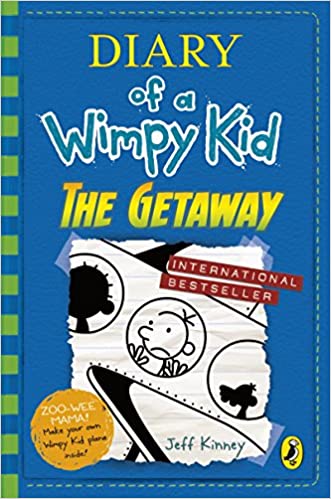 Diary of a Wimpy Kid: The Getaway By Jeff Kinney

Book 12 is the best yet in the brilliant, bestselling diary of a Wimpy Kid series! Greg Heffley and his family are getting out of town. With the Cold weather setting in and the stress of the Christmas holiday approaching, the Heffleys decide to escape to a tropical island resort for some much-needed rest and relaxation. A few days in paradise should do wonders for Greg and his frazzled family. But the Heffleys soon discover that paradise isn’t everything it’s cracked up to be. Sun-poisoning, stomach troubles and venomous creatures all threaten to ruin the family’s vacation. Can their trip be saved, or will this island getaway end in disaster? Praise for Jeff Kinney: ‘the world has gone crazy for Jeff Kinney’s diary of a Wimpy Kid’ – sun ‘Kinney is right up there with J K Rowling as one of the bestselling children’s authors on the planet’ – independent ‘the most hotly anticipated children’s book of the year is here – diary of a Wimpy Kid’ – big issue ‘hilarious’.