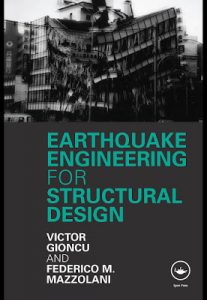 Earthquakes represent the largest potential source of casualties and damage for

inhabited areas due to natural hazard. Although the location varies, the pattern is

the same: an earthquake strikes without warning, leaving cities in rubble and

killing tens to hundreds of thousands of people. Worldwide during the 20th

Century, there were ten earthquakes killing more than 50,000 people and over 100

something like five thousand to ten thousand people die during earthquakes

worldwide. The 1976 Tangshan-China (magnitude M 8.0), the worst earthquake in

relatively insignificant. Nevertheless, these two earthquakes have changed the

direction of earthquake engineering research throughout the World (Blakeborough,