Home General Subjects Books Biology Books From Biotechnology to Genomes The Meaning of the Double Helix –... 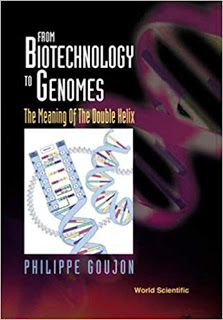 Aimed at scientists and non-specialised readers alike, this book retraces the source of national and international biotechnology programmes by examining the origins of biotechnology and its political and economic interpretation by large nations. With a foreword by André Goffeau, who initiated the European Yeast Genome Project, the book describes the achievements of the first genetic and physical maps, as well as the political and scientific genesis of the American Human Genome Project. Following these advances, the author discusses the European biotechnology strategy, the birth and implementation of European biotechnology programmes and the yeast genome project. After a detailed description of scientific policy and administrative, technical and scientific achievements, the principal stages of the yeast project and its major benefits are discussed. This enables the reader to obtain a panoramic view of this developing discipline at the dawn of the twenty-first century, as well as a better knowledge of the means deployed at international level. The conclusion gives a very detailed account of the genesis and early stages of this new scientific and technological field called genomics which appears to be a key component of modern industry. By using an epistemological analysis, the conclusion poses the problem of a new representation of life and critically appraises the limitations and deficiencies.

From Biotechnology to Genomes: The Meaning of the Double Helix

The Invention of Biotechnology

The Foundations of the Heralded Revolution

Attack on the Genomes: The First Genetic and Physical Maps

The Human Genome Project and the International Sequencing Programs

The Decryption of Life

Conclusion: The Dreams of Reason or the New Biology’s Dangerous Liaisons

Dreams or Nightmares? Man Reasoned out by His Genes