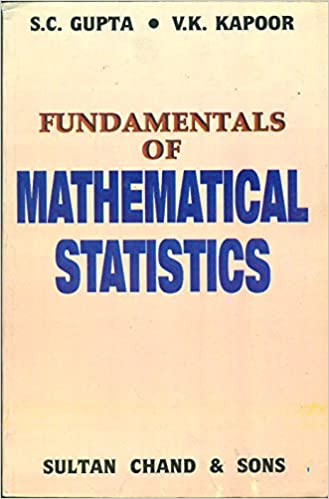 Fundamentals of Mathematical Statistics By S.C. Gupta And V.K. Kapoor

Knowledge updating is a never-ending process and so should be the revision of an effective textbook. The book originally written fifty years ago has, during the intervening period, been revised and reprinted several times. The authors have, however, been thinking, for the last few years that the book needed not only a thorough revision but rather a substantial rewriting. They now take great pleasure in presenting to the readers the twelfth, thoroughly revised and enlarged, Golden Jubilee edition of the book. The subject-matter in the entire book has been re-written in the light of numerous criticisms and suggestions received from the users of the earlier editions in India and abroad.