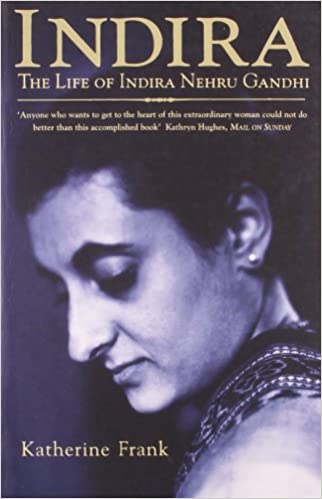 Indira: The Life of Indira Nehru Gandhi By Katherine Frank

Indira: The Life of Indira Nehru Gandhi is biography of former prime minister Indira Gandhi by Katherine Frank, published in 2001.

The definitive and first non-partisan biography of one of the most formidable political figures of the twentieth century (voted Woman of the Millennium in a BBC poll, 2000)

Indira Gandhi’s life, from her birth in 1917, through partition and up to her assassination in 1984, was dominated by the politics of her country. Always directly involved in India’s turbulent twentieth-century history, once she accepted the mantle of power, she became one of the world’s most powerful and significant women. This biography, the first to be written by an unpartisan, Western woman, will focus on Gandhi’s role as a female leader of men in one of the most chauvinistic, complex and politicised cultures in the world.

Comprehensive, yet also personal, Frank’s biography will deal with power and how this often isolated woman handled it, alongside her family and her emotional life. It will be the definitive book on one of this century’s most powerful and important women.