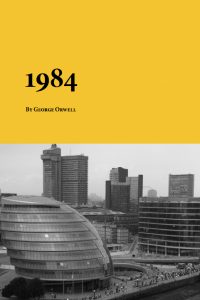 It must have been about a month before she disappeared. It was a moment of reconciliation when the nagging hunger in his belly was forgotten and his earlier affection for her had temporarily revived. He remembered the day well, a pelting, drenching day when the water streamed down the window−pane and the light indoors was too dull to read by.

The boredom of the two children in the dark, cramped bedroom became unbearable. Winston whined and grizzled, made futile demands for food, fretted about the room pulling everything out of place and kicking the wainscoting until the neighbors banged on the wall, while the younger child wailed intermittently. In the end, his mother said, ‘Now be good, and I’ll buy you a toy