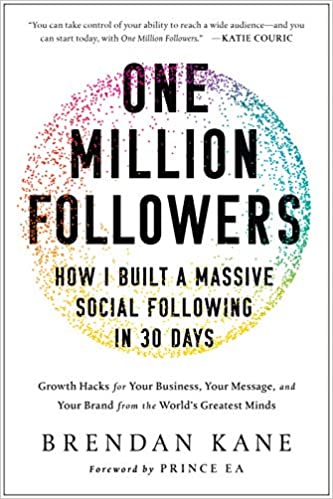 One Million Followers By Brendan Kane

One Million Followers: How I Built a Massive Social Following in 30 Days is marketing book by Brendan Kane, published in 2018.

In One Million Followers, Kane will teach you how to gain an authentic, dedicated, and diverse online following from scratch; create personal, unique, and valuable content that will engage your core audience; and build a multi-media brand through platforms like Facebook, Instagram, YouTube, Snapchat, and LinkedIn.

Featuring in-depth interviews with celebrities, influencers, and marketing experts, including: