At fifteen, Chance Fortunato has seen more evil than most people ever will. Indentured by his father to the demon count Dulka, he’s been taught dark magick and forced to do his Infernal master’s dirty work for eight years. But now Chance has figured out a way to defeat his master and free himself. His new life with his mother and sister is far from easy, and freedom has its own perils. Normal life is hard enough, but even in a mundane-looking high school, there are paranormal threats from both sides of the mystical fence. When his new mentor is murdered, Chance knows he is the only one who can track the killer down. To bring his mentor’s killer to justice, Chance will have to fight evil on its own terms and discover if that makes him a hero…or a monster. 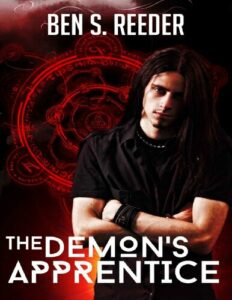 Being a normal teenager is hard. For Chance Fortunato, former demon’s apprentice and reforming warlock, it’s almost impossible. On the outs with Shade, his alpha werewolf girlfriend, behind on his magickal studies and still hunted by the Conclave, Chance thinks his life can’t get any worse. But when an empath named Dani asks him to find her missing girlfriend, Chance’s life suddenly spirals out of his control. Caught by the Conclave, he finds himself facing a Trial by Ordeal. To save himself and his new mentor Dr. Corwyn, Chance must find the stolen Maxilla Asini, a powerful sword that can change the balance of power between the magi and the forces of the Nine Hells. As he searches for the Maxilla and continues his search for the missing girl, he discovers a sinister link between Dani’s abducted girlfriend, the disappearances of other teens in New Essex, and the politics of the local vampire coven. Caught between multiple forces, Chance soon discovers that his only hope may be the missing Maxilla. With the forces of both good and evil aligned against him, will a bad attitude, the help of his friends and a little faith be enough to help Chance beat the biggest challenge of his life? 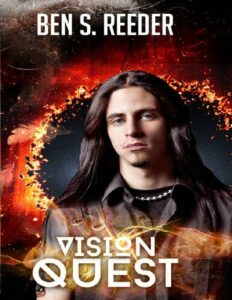 Summer vacation isn’t all fun and hanging out when you’re a wizard-in-training. For partly reformed warlock Chance Fortunato, it’s even worse. In addition to the constant study and training, he has to prove he’s ready to be a full-fledged apprentice before he starts at the Franklin Academy. Plus, he’s beginning to think someone has it out for him. If things weren’t bad enough, with a snooty proctor monitoring his every move and demons trying to capture him, his father finally attempts to get his wayward son back under his control by trying to frame his mom. When the old man proves just how far he is willing to go with tragic results, Chance must make a desperate sacrifice play to guarantee his freedom once and for all. 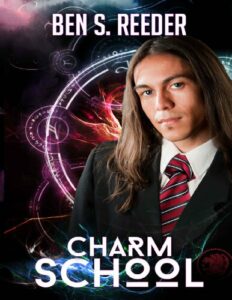 The Franklin Academy is the most prestigious magic school in the US, with the highest admission standards and tuition to match. Any student would be honored to go at all, much less get a scholarship. Not Chance Fortunato. He’d much rather stay at home and study under his mentor, Dr. Corwin. But when a student is attacked, and his soul is ripped from his body, Chance knows he has to stay. Not only must he prove his innocence, but he is the only person in the state with experience fighting the ancient blood magick being twisted to a new and terrible purpose. The stakes have never been higher, and Chance has never faced such odds. Stripped of his usual network of friends and allies, can he stop the attacks before they strike too close to home? Or will he be the next victim of dark and terrible sorcery? 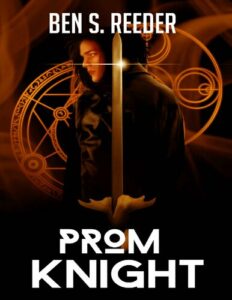 Apprentice mage Chance Fortunato has faced off with a lot of nasty things. Power-hungry vampires, abusive alpha werewolves, and deranged cultists. But none of his training under his mentor Dr. Corwin has prepared him for the trial he is about to face: Junior Prom. While investigating an occult group, Chance discovers something truly sinister: an event known as the Rending will fall on the night of prom, and every circle of demon-worshippers in New Essex is looking for one girl: The Half-Caste Chylde. Some want to capture her, others want to kill her, for her blood is the key to controlling Mammon’s Horde and collecting on the true purpose of the Rending: to break a demonic contract without giving up what was bargained for or losing one’s soul. As if things weren’t bad enough, Chance learns that if the blood of the Half-Caste Chylde does not control the Horde, it will break free to fulfill a plan of its own, to slaughter one hundred innocents as a sacrifice to release Mammon, the original ruler of Hell. Caught between two terrible choices, Chance’s job is made all the more difficult as the past begins to catch up to his mentor and himself. Old debts come due, forgotten wounds are reopened, and alliances shift in unexpected directions as Chance fights to save both his classmates and the Half-Caste Chylde, whoever she is. With the truth closer than he realizes, can Chance do the impossible, save the day, and survive taking up the mantle of Prom Knight? 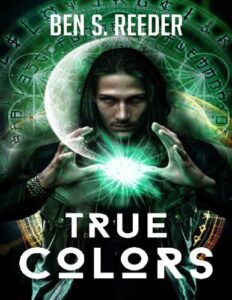 Apprentice mage Chance Fortunato just can’t catch a break. His training has gotten even harder, and his mentor Dr. Corwin is pushing him to take his mage trials early. Still, it beats his old gig working for a demon. But life takes a turn for the worse when a member of his girlfriend, Shade’s werewolf pack, is killed by a member of a rogue pack. Adding insult to grief, the pack is forced to let the Conclave send an observer to monitor their investigation. When the Conclave allows Jacob Kain, an Alpha from the Boston clans to act in their stead, things become even more complicated, as Kain has an agenda of his own. As Chance and Shade fight to keep Kain from taking over, a new enemy arrives with a very personal connection to Chance. Even if he can survive this deadly combination of forces, can he survive the plans of another hidden enemy from his past? The only thing that is certain is that everyone’s true colors will show before it’s all over. 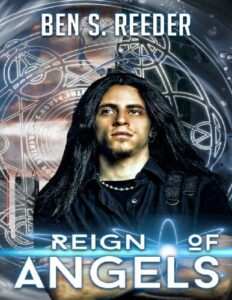 For a mage, nothing is more important than keeping your word.

When a man Chance Fortunato swore to find turns up in Colombia, he must accompany a group of Sentinels, elite battle mages, to make good on his vow. But when what was supposed to have been a simple rescue mission becomes a deadly ambush, Chance finds himself at the mercy of an ancient conspiracy.

Pushed beyond his limits and unsure of who he can trust, Chance must race against an elusive foe to assemble the missing components to a ritual capable of unleashing something more powerful than Hell itself. With the fate of the world in balance, Chance finds himself in a game he can’t win if he plays by the rules. Will he be able to fight this evil on its own terms and keep his soul intact? Or will he end up crossing a line even the Demon’s Apprentice can’t come back from?