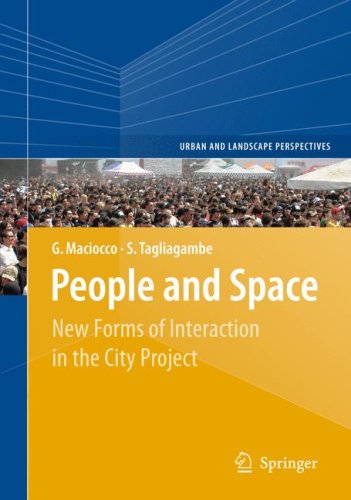 This book explores new forms and modalities of relations between people and space that increasingly affect the city’s life. The investigation takes as its starting point the idea that, in contemporary societies, the loss of our relationship with place is a symptom of a breakdown in the relationship between ethics and aesthetics. This, in turn, has caused a crisis not only in taste but also in our sense of beauty, our aesthetic instinct, and our moral values. It has also led to losing our engagement with the landscape, which is essential for cities to function. The authors argue that new, fertile forms of interaction between people and space are now happening in what they call “intermediate space,” at the border of “urban normality,” and in those parts of a city where citizens experiment with unconventional social practices. This new interaction engenders a collective conscience, giving new and productive vigor to individuals’ actions and relations with their environment. These new relations emerge only after we abandon what is called the “therapeutic illusion of space,” which still exists today and binds in a deterministic manner the quality of civitas, the associative life of people in the city, to the quality of urban space. Projects for the town should, instead, have as their keystone the notion of social action as a return to a critical perspective and a courageous acceptance of social responsibility, at the same time as seeking the generative structures of urban life in which cities and suburbs again acknowledge each other.